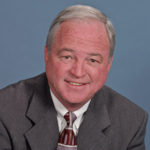 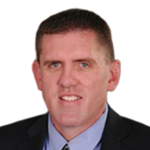 Craig Taggart provides almost a decade of experience in the fields of Mergers & Acquisitions and Business Financing. Craig works with each client at the highest level to achieve the highest value for their business within the capital markets. Craig’s experience with BCC Capital Partners in the M&A Industry has greatly contributed to his understanding of transaction structure, strategic placement of buyers, and the attainment of maximum market value for his clients. Craig has represented and sold many businesses in a number of different industries and has significant experience working with companies in: Exclusive focus on select subsectors of life sciences, immunooncology, hemophilia, genomics, respiratory, Pharmaceutical services, Diagnostic products and services in biotechnology and commercial real estate. 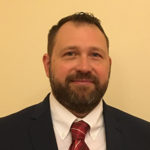 Matt has over 20 years proven ability as a corporate steward interacting and collaborating with multiple levels of management, federal government, and diverse cultural audiences. Matt served as an officer in the United States Army, possessing extensive knowledge in all aspects of defense procurement, contract negotiations, and diplomatic protocols. At the U.S. Embassy in Prague, Matt worked closely with the Czech Technical University, the Federal Aviation and National Aeronautics and Space Administrations, and the Office of Naval Research for the development of drone collision avoidance technology. Matt’s private sector expertise includes specialized construction management and contract support planning for Department of Defense projects overseas. Matt is a graduate of the University of Iowa, holds a Master of Business Administration from Webster University, and is an alumnus of the Kauffman FastTrac program for entrepreneurs. 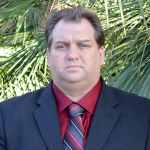 Frank is a physicist cross trained in both electrical and mechanical engineering with broad business experience in a wide range of technology. As a technology executive, with 12 years of industry experience in various executive roles including Chief Engineer, CTO, and CEO, Frank has been involved with both commercial and government technology programs and startup planning and execution. Notable industry activities include; Principle Investigator on SBIR Programs in Smart Grid, Systems Health, and Software Based Decision Support for systems engineering; Product and service development leading to corporate diversification and growth; Engineering and Research Engineer for Laser Systems; Energetic Materials; and Titanium processing through the DARPA Titanium Program.

Frank has also served as a participant in advisory boards for the The university of Arizona ; Joint Ground Robotics Enterprise (JGRE), strategic planning for the US Navy adoption of Alternative Energy Systems; and for the development of UAS Standards with the RTCA, an advisory organization for the FAA. In the aerospace industry, Frank is familiar with DO-160, DO-178, and DO-254 qualification standards for aircraft systems and equipment and ISO and AS9100 quality systems. 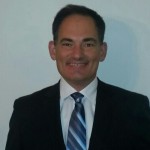 David has 25+ years of experience in the Information Technology industry. David is an effective project manager, decision-maker, facilitator and communicator with a sound understanding of overall business objectives. He has a record of achievement developing project strategies, estimating resources and ensuring delivery of quality installations/services on time, while meeting all client objectives.

David displays his natural leadership style, inspiring confidence and integrating “best practices” with staff talents to create a focused and loyal workforce with maximized synergy. David is a focused problem solver, devising solutions that fully support the bottom line and long-range goals. He is a catalyst for continuous improvement who readily adapts to evolving business and technology challenges. 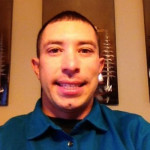 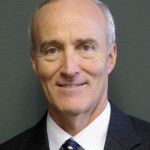 Rob Simm is a retired U.S. Air Force officer and fighter pilot, with more than 2,700 combined flying hours in F-16 and F-4 aircraft. In his 30-year USAF career, Rob served in leadership and command positions across the U.S., the Philippines, Germany, the Republic of Korea, Saudi Arabia, the United Arab Emirates, and Norway. Rob is currently a senior Program Manager for a major defense contracting corporation, and is responsible for programs in Foreign Military Sales training, aircrew flight simulator training systems development, and an Electronic Flight Bag software application for military aviation. Rob received his B.A. at Northern Arizona University, and earned a Masters of Military Arts and Sciences in Strategic Studies from the U.S. Army Command and General Staff College. Rob resides with his family in the Texas Hill Country outside of San Antonio. 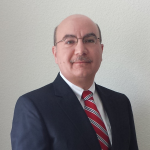 Dr. Awni has a diversified engineering experience covering the government, private sector and academia for 14+ years. He is a specialist in aircraft dynamics and flight controls. Kahtan began his career in flight controls modeling and simulation in the private sector before moving to the US Air Force as a civilian Aerospace Engineer. At USAF, he assumed Engineering Management roles including airworthiness certification, deficiency and engineering change reports management as well as audit leadership. When returned to the private sector, Kahtan contracted with Northrop Grumman as a Guidance, Navigation and Control engineer working in major unmanned flight test programs. Notable programs where Kahtan acquired his experience were the C-17 and the Global Hawk programs. Kahtan is a consultant in his field and actively participating at the Society of Automotive Engineers AeroTech technical conferences as well as SAE-A6 forum technical committee. He is also a part time professor at the Mechanical Engineering Department, California State University in Sacramento as well as Los Rios Community College District teaching several engineering classes at the sophomore, junior, senior and graduate levels. Kahtan has a Doctor of Engineering and Master of Engineering in Aerospace Engineering as well as a Master of Science in Engineering Management from the University of Kansas. 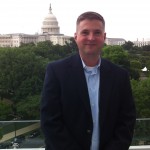 Michael Lake is a 30 year Air Force veteran with experience in the intelligence community as well as air operations, with more than 2,500 hours in USAF aircraft.  Michael completed his Masters in Business Administration from Oklahoma City University, is a graduate of the US Air Force Weapons School, and is currently Test & Evaluation Level 1 certified from the Defense Acquisition University.  He has also worked in the US House of Representatives as a Defense Legislative Fellow and posses a certificate in Legislative Studies from Georgetown University’s Government Affairs Institute. 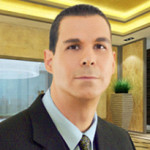 Mr. Park is a Certified Hedge Fund Professional (CHP), with additional (CHP) certifications at the highest level in Portfolio Analytics & Risk Management. He also attended the Notre Dame Mendoza College of Business (Leadership & Management) and has served in executive leadership positions for over 20 years. Mr. Parks has closed several acquisitions and multimillion dollar lines of credit from hedge funds; as well as negotiated and / or closed many mergers, strategic partnerships, license and/or sponsored research agreements and joint ventures. As an experienced practitioner of business strategy, he has read, studied and applied numerous books and countless articles relating to business strategy (According to the Wall Street Journal, the most sought after executive skill set is strategic thinking).